Tools are only effective if you use them properly. LinkedIn is no exception. In order to use LinkedIn to build your network, you should be thinking of it as a microphone, rather than a Rolodex.

LinkedIn has had the perception of being a really boring place where business-y people go through the motions of “networking”.

And it was! That’s how I used it for years. Being on the platform did nothing to improve the relationships I had with my network or to expand my professional opportunities.

That’s until I began hearing from marketing experts that there’s currently an opportunity to use LinkedIn to get seen by more people than other platforms (like Instagram or Facebook).

Many marketing experts are bringing it to our attention that LinkedIn is currently having a bit of a moment.

Posts on LinkedIn currently allows you to be seen by more people, for free, than Facebook and Instagram.

Since implementing a few of the very easy steps I pieced together, I have been able to create content that gets seen by 4X my total network size.

Organic traffic are clicks online that you didn’t need to pay for. Technically, organic is not completely free because it still requires you to put in time and effort to create written content.

So if you’re looking to have your message seen by more people, LinkedIn is the way to go.

But this opportunity to get easy organic traffic won’t last forever. Just like the largest platforms before it, Facebook and Instagram both went through similar growth spurts. And once the algorithm changes, it could dry up just as quickly as it appeared.

I’ve been testing different methods of posting on LinkedIn one the last few months to see what works and what doesn’t.

I’m going to take you through some best practices that I’ve found to work. Using these tips, I’ve gotten some serious traction and breakout results, including the exact post that has been seen by ~4X more people than I have connections.

There are hundreds of platforms to choose from, but LinkedIn has a few unique features that separates it from the rest.

Reason #1: The Size Of Your Network Doesn’t (Really) Matter

I’ve got 662 connections — a modest number for someone who has only used the platform passively since joining the workforce about 5 years ago. But, as you’ll see soon, it doesn’t matter how many connections you have. What matters is you put out content that others value and that you do it in a strategically way that sets your post up for success.

Despite only having 662 people “following me”, I have been able to consistently have my posts seen by 40-70% of the total number of people in my network (200-500 people).

I don’t know about you, but my LinkedIn feed is mega boring most of the time. And I’m alright with that. Why?

Because it makes it that much easier to stand out!

When I’m scrolling and see a post that’s exciting and relevant, I automatically pay more attention to it.

People have figured out how to get the users attention on other platforms, like bright and catchy thumbnails on YouTube. Not many people have mastered how to use LinkedIn to get noticed. This makes it the ideal time to begin being seen if you’ve debated building an influence.

Reason #3: Your Audience Is Already In A Business Mindset

Posting business related ideas and content on your Facebook and Instagram can be difficult. Unless you’ve positioned your profile as a business profile, people will have a hard time knowing what to expect from you.

If you’re looking to share some content about the new product offering your company is about to launch, you’re probably going to hear crickets from the crowd on your Facebook.

That’s because they’re not in the right mindset!

LinkedIn is awesome for self-promotion because people are ready for it! The purpose of it is to build a professional network and find other, likeminded people.

Don’t fear self-promotion. Consider it a no-risk opportunity to do the things you’ve thought of doing but never committed to, like blogging daily, filming yourself teaching, or bringing up important topics you feel deeply about.

Alright, lets get into the tactics that I’ve found over the last few months to go from never posting, to being seen by 400% more than my total network.

Three Steps To Instantly Get Seen More Often On LinkedIn

This is important for a few reasons, some tactical and others practical.

Tactical: By writing everyday, it takes the pressure off yourself from needing things to be perfect. I’d say that the biggest reason most people don’t write is because they’re afraid it won’t be perfect.

Professional culture is swinging from needing to be clean cut and coiffed, to just being truthful and real. This is the optimal time to begin expressing yourself in your own way to allow those who have the same mindset to find you to collaborate.

Practical: The content we see on LinkedIn is there because an algorithm put them there. If the algorithm doesn’t agree with what you’re posting, it will get buried and no one will see it, no matter how hard you tried to make it MLA formatted.

In order to appease the algorithm while still putting out the content you want, the best thing you can do is to be consistent. This shows the algorithm that you’re trustworthy, relevant, and spend time on the platform (which is ultimately LinkedIn’s only metric of success).

They need users to create content just as much as you need to begin making a voice for yourself. Together, humans and machine can work together to both get what we want.

Here’s how it looks when it all comes together following the strategies I mentioned earlier:

I attended Nancy Duarte’s book launch over webinar. After it was over, I wrote down my top 5 takeaways and threw it into a new post. Time required: 5 minutes

I tagged her, her business, and a bunch of relevant hashtags to data and communication. Time required: 30 seconds

Once I posted it, I mentioned a few of my close connections who I know have an interest in what I was talking about. Time required: 1 minute

Then I walked away. It’s now out in the ether. Total time required: 390 seconds

Over 2,600 people saw this post, and I didn’t spend a penny on it. Remember: I’ve only got 662 connections. This post has been seen by 4X more people than I have in my network.

Most of the comments and reactions are from people I do not know and am not connected with. That’s a huge advantage because most other platforms make it very difficult for users to see your post without being followed.

Oh, remember those 6M people who follow #Data? Being featured on the Trending feed opens your post up to even more people outside your network. This helps to compound your post to generate even more traffic.

Also pretty cool when someone with 170K LinkedIn followers likes your post about her.

LinkedIn is an effective platform to have your message seen organically by many people, even those outside of your network.

By providing value to your connections, you will establish a position in their minds as the expert in your field. Post frequently to always be top of mind and let the algorithm do its work. 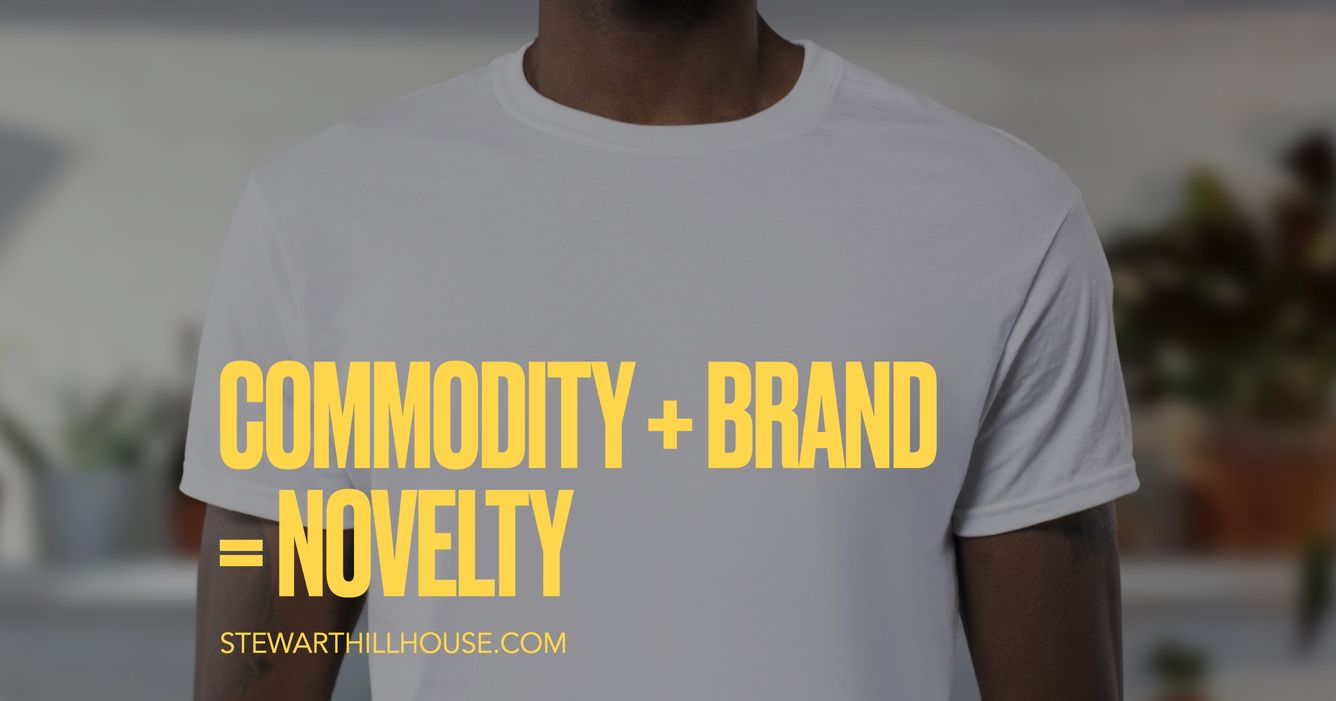 How strong is your brand? It's a hard thing to measure. A quick way to find out is by asking your audience: "Will you buy a t-shirt from me?" To see the power of a brand, start by looking at merchandise. Presuming your main business is not selling t-shirts, asking 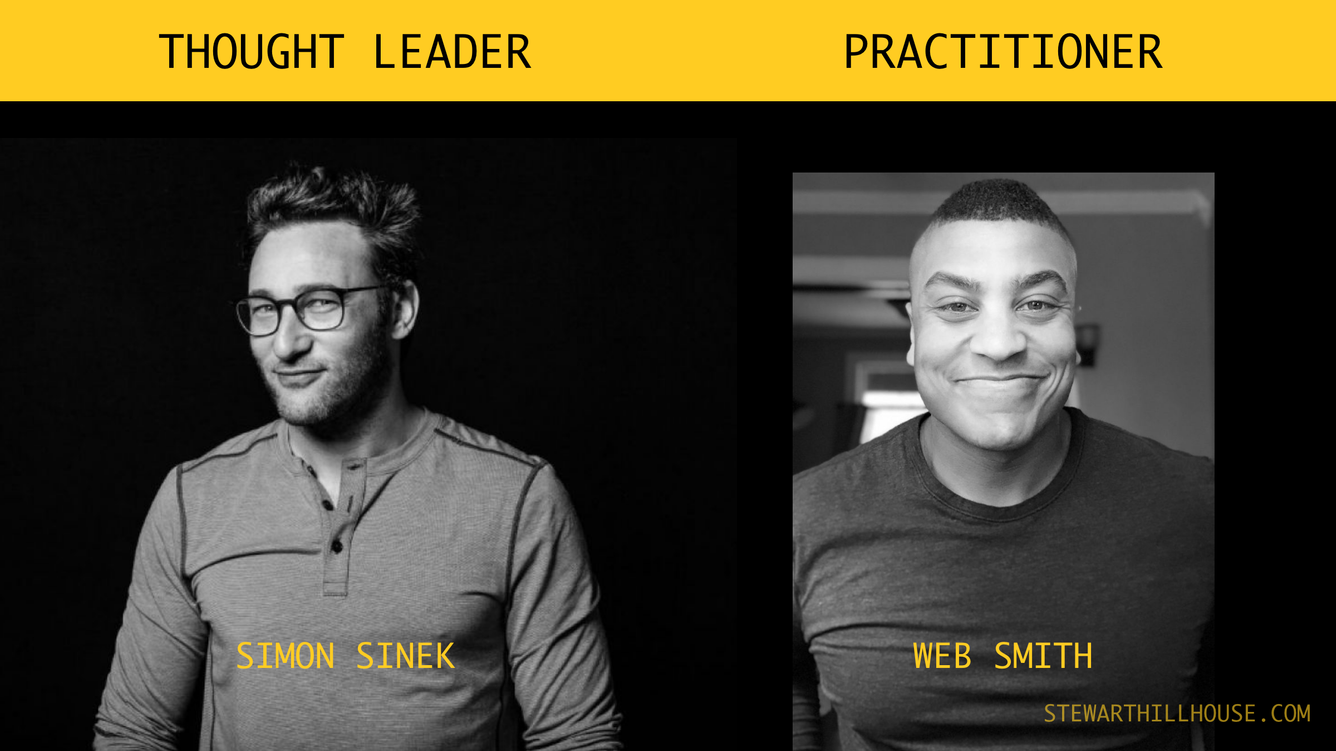 At the end of 2019, I decided to begin getting serious about building a personal audience. My driving reason: to be able to travel anywhere in the world and be able to get a beer with a local who follows my work. And while that reason might seem strange, it